I've been gone for a while and I normally don't share a lot on my blog about my personal life but, I feel this is important to share because it could happen to anyone and maybe this story will help someone else.

My son turned 28 years old on July 5, 2013. On July 19, 2013 at 4:30 am he knocked on the door of my bedroom and said he thought he needed to go to the hospital. He thought he had a blood clot in his leg. So I hopped out of bed, looked at his "calf" and yes is was a little swollen and a little larger than the other calf. Now he's been telling me for weeks that he has a blood clot. He always thinks something is wrong with him, cancer, etc. Too much time on the internet and webMD. So I just kept telling him there was no way he had a blood clot, he's way to young. When I saw the swelling for the first time I thought, Yep, we better go to the emergency room. So, I took my time, put my makeup on, got dressed, etc. and about 5:30 am we went to the emergency room.

They took him in right away and put him in a Trauma room. I didn't think much about it. He told them he had pain, in his leg and that he had an edema, (a friend of his at work happens to work in the emergency room at the hospital and told him if he pushed in with his thumb by his ankle and it stayed indented, he has an edema.) So, he told the nurse he thought he had a blood clot. So they didn't waste any time taking him downstairs for a ultrasound on his leg. I text my boss and said I thought he was fine and I'll be in later.

When he came back to his Trauma Room, it wasn't very long until the Doctor was back in and told us yes, he has a blood clot in his leg. I couldn't believe it! How does that happen to a 28 year old? So the doctor said she wanted to get a CT Scan to be sure there wasn't any clots anywhere else. Just as a precaution she said. So, off he goes again downstairs for a CT Scan.

When they come back up, the doctor says they are admitting him. He has a pulmonary embolism. Here come the tears and the guilt. If I had brought him in a couple of weeks ago when he said it was bothering him, we might have avoided this. Of course, like my sister said, he is a big boy and could have gone himself to the ER so the guilt didn't last long but it was a very frightening experience.

Everything was happening pretty fast now and they put him in a room and the pulmonary doctor came in and talked to us. She asked all the questions you would ask anyone with a blood clot in their leg. Has he traveled a long distance by plane, has he had any surgery recently, has he had an injury that immobilized him, any history of blood clots in the family, etc. The answer to all of those questions were "No." She is baffled as to why this happened.

So they took some blood and sent it off to be tested for this Factor Five, (I think it's called that) disease. The blood test came back with low proteins but, when you do the test when a clot is already present, the results are skewed.

So, the pulmonary doctor shows me and my sister the CT scan of his lungs. He is one lucky boy. He had a LARGE blood clot in the saddle (something) of his lungs right next to the right side of his heart. If it had been vertical instead of horizontal, the heart would not have been able to pump blood and he would have died. He also had several small clots in the arteries of lungs. So they started him with heparin shots and Coumadin or Warfarin (genetic).

This was three weeks ago and he is doing fine. We go to the anti-coagulation clinic once a week to have his INR checked and we think we finally have the right dosage for him. He is also wearing a compression sock especially at work.

So I have been a little preoccupied and crochet has gone by the wayside and so has my blog. Hopefully things will settle down now and get back to normal. We feel so blessed that he didn't die from this. The pulmonary doctor said usually when they see this big of a clot in that location, they don't make it. Thank God, Adam did.

I LOVE your comments! Thank you.
If you have questions I'll answer asap.

Where I Get my Inspiration...

Trust in the Lord

Trust in the Lord with all your heart, and do not lean on your own understandings. In all your way acknowledge Him, and He will make straight your paths Proverbs 3:5-7 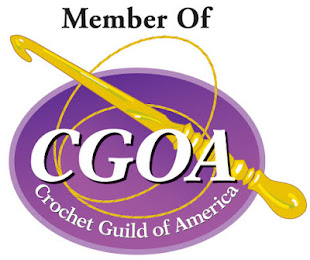